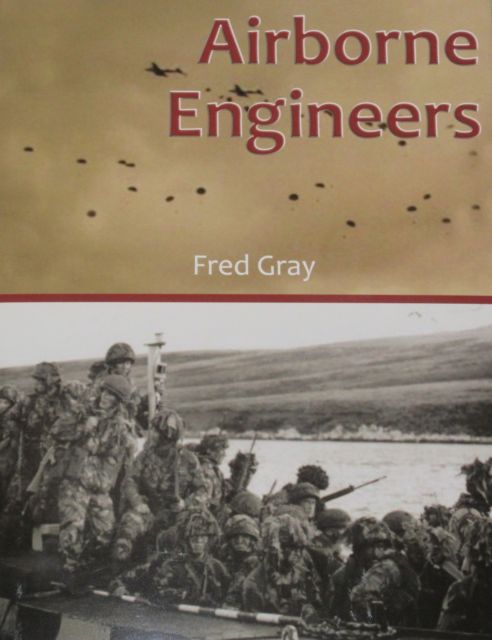 From the preface: I was asked by Brigadier John Hooper to write a history of 9 Independent Airborne/Parachute quadron RE, from 1948 when it became an independent airborne squadron within the newly formed 16 Independent Parachute Brigade Group, to 1977 when it lost its independence and came under the command of 36 Engineer Regiment, based at Maidstone........

……….I immediately made a list of the Officers who had commanded the Squadron with the intention of asking for their recollections of the period of their tenure. Unfortunately, of the 19, thirteen had since died, leaving only six, one of whom was very ill and unable to offer any meaningful contribution.

Lieutenant Colonel Gerry Taggart (OC 1976-1978) suggested I should include a link to the World War II engineer parachute squadrons and glider-borne companies as they were the forerunners of the airborne engineers as we know them today. For this reason, Chapter 1 is a very shortened history of each squadron/company. To write a full history of each unit would be a mammoth task and take many years to complete. Mr Eric Blenkinsop also suggested a tribute to the officer responsible for the organisation of airborne forces in 1941, Major (later Lt Col) John Rock, a Royal Engineer officer, who tragically died in a glider accident in 1942 and received very little recognition of his work.

It has been my intention to make this history as factual as possible, supported by photographs. Without any official documents recording the activities of the Squadron I have had to rely very much on individual accounts from former members, which have been published in the Pegasus and Airborne Engineers Journals. In addition, I acquired a number of personal memories, some written by officers and others by squadron other ranks. One hand- written account of deployments (author unknown) covered a period of 40 years of squadron activities, which has been very useful in determining the chronological order of ‘hot’ deployments as well as the more peaceful type.

It was also suggested that the parameters of the history be extended beyond 1977 to include Operation Corporate, the re-taking of the Falkland Islands by British Forces in June 1982 after the invasion by Argentine Forces in April of the same year. 9 Parachute Squadron RE, under the command of Major Chris Davies, played a prominent role in the successful outcome of one of the major combined operations since the World War II. Therefore a chapter has been added, written by Major (later Colonel) Chris Davies MBE, including the full ORBAT of the Squadron, the Roll of Honour and decorations awarded. Chapters include:

Order Now
Ebay
Disclosure of Material Connection: Some of the links in the page above are "affiliate links." This means if you click on the link and purchase the item, I will receive an affiliate commission. I am disclosing this in accordance with the Federal Trade Commission's 16 CFR, Part 255: "Guides Concerning the Use of Endorsements and Testimonials in Advertising."