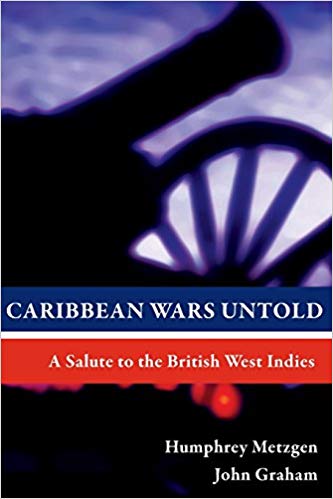 The contribution made to Britain's wealth by its Caribbean colonies is well known. Far less known - indeed dismissively ignored - are the contributions made over the centuries by West Indians to Britain's hard-won military victories, most notably in the two World Wars. At last this injustice has been redressed.

In this single volume, the authors tell the compelling story of the Caribbean during nearly five centuries of warfare from the time of Columbus to the present decade; of how West Indians consistently rallied to Britain’s side in its many years of peril, volunteered for service in its armed forces or more recently also for work in its wartime factories and forests.

The book spotlights the deeds and hardships of West Indian soldiers long engaged in Africa and the Middle East, and of the many who enlisted too in the air forces and merchant navies of the Allies.And it describes the ferocious German submarine campaign in Caribbean waters, the impact that it had on life in the islands and how it was defeated; and it defines also the consequences – social, political and economic – of the World Wars on both the British West Indies and the United Kingdom.

Above all, this book is written as a tribute to every West Indian veteran of Britain’s wars; also to foster in the generation now growing up an awareness of the sacrifices of their forebears and pride in their achievements.

About the Author
Humphrey Metzgen

Humphrey Metzgen is a former corporate executive at Times Newspapers as well as board director of several leading communications and finance companies. Prior to this he was a parachute officer in the British Army.