Skip to content
Home > Books > It Could Just Happen 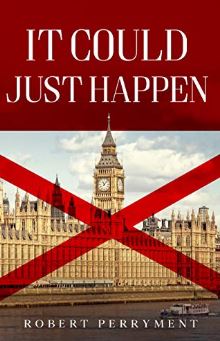 During the economic recession, in the early nineties, seven families decide to leave London to resettle in the Highlands of Scotland. Working together, they aim to create a self-sufficient community that will provide a good environment to raise their kids.

Two of the boys, David and Sayyid, form a close friendship but murder that is revenged by a single act of extreme violence, separates them. Sayyid, is imprisoned and radicalised by a group of Islamic extremists. Once released, he heads for the tribal areas of Pakistan. Meanwhile, David, enlists in the army and is commissioned into the Paras. Their paths cross again in the inhospitable Helmand Province in Afghanistan and the two young men seem to be inextricably jointed by fate in a complex dance of death. The Houses of Parliament are the target and democracy the casualty. London will never be the same again unless this ultimate terrorist plot is foiled.