Skip to content
Home > Books > Sunrise in the Valley 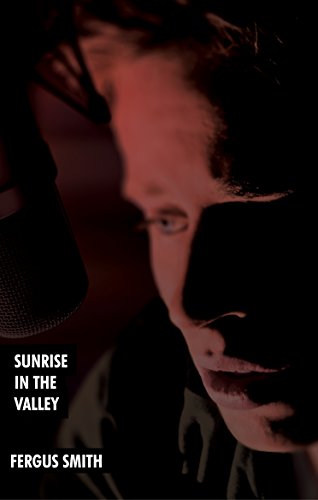 This novel is the second in a trilogy following two characters through the wars of the Blair/Brown period of government. It is 2001, and Major Paul Illingworth is sent to the troubled Balkan region of Kosovo as a media spokesman. Once there he must win the hearts and minds of the local population, but all factions are volatile, and veteran war reporters are deeply cynical of anything he says. Can he trust Roza, his young Albanian interpreter? And which version of the truth does he believe?

He who controls the message, controls perception. And he who controls perception, controls behaviour. The sequel to In the Shadow of the Mountain, this novel brilliantly captures the intense complexities, personal as well as military, of the Kosovo War. It explores the power relationships between the media, the government, and the individual and throws a light on the vanity at the heart of New Labour.

“[Sunrise in the Valley] builds the case for PR, spin and propaganda being every bit as important as firepower in gaining the upper hand in a conflict zone.”
Catherine O’Connor, Leeds Trinity University

Review
The politics, ethnic rivalries and complexities of the war in Kosovo are at the heart of this story.

Sunrise in the Valley uses a single incident – a bus bombing witnessed by a young girl – as the central event around which to unravel the story of the conflict, its underlying animosities and manoeuvrings of the international peacekeeping forces which worked under the NATO banner during the conflict.

Sunrise in the Valley does not attempt to unpick or relay the minutiae of the war; instead its focus is the manipulation of the messages of war as spun by a British army officer serving masters in Pristina and London while all the time developing his own sense of right and wrong, of ethical behaviour and injustice in the theatre of war.

In his second novel, Fergus Smith picks up the story of Captain Paul Illingworth, sent to Kosovo to head Message Operations, influence the views of the Albanian population of Kosovo, and bring the international media onside with the peacekeeping operation while always being mindful of the political overlords of the British government.

Using the relationships that Illingworth builds with fellow British officers, international and local journalists, Sunrise in the Valley builds the case for PR, spin and propaganda being every bit as important as firepower in gaining the upper hand in a conflict zone.

Illingworth’s role as a leader is tested and considered from a variety of perspectives – his relationships with his superiors in Pristina and London, his efforts to build trust with local and international journalists, to win over local groups and in his efforts to control his deepening feels for his translator Roza.

Readers will connect with his questioning of the morality of decisions heavily influenced by political considerations over and above what might be right or good in the context of what is happening in Kosovo.

This is a novel with pace, with a myriad of thought-provoking challenges – and with a cruel twist Illingworth himself was blind to.
Catherine O’Connor, Leeds Trinity University