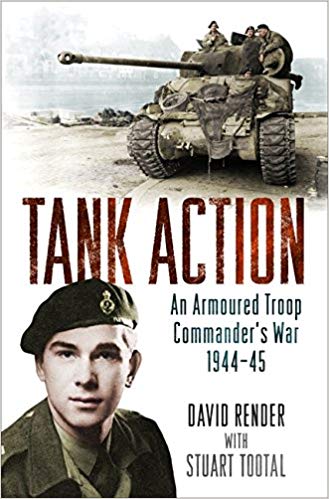 A gripping account of the Second World War, from the perspective of a young tank commander.

In 1944 the average life expectancy of a newly commissioned tank troop officer in Normandy was estimated as being less than two weeks. David Render was a nineteen-year-old second lieutenant fresh from Sandhurst when he was sent to France to join a veteran armoured unit that had already spent years fighting with the Desert Rats in North Africa. Joining the Sherwood Rangers Yeomanry five days after the D-Day landings, the combat-hardened men he was sent to command did not expect him to last long. However, in the following weeks of ferocious fighting in Normandy, in which more than 90 per cent of his fellow tank commanders became casualties, his ability to emerge unscathed from countless combat engagements defied expectations and earned him his squadron’s nickname of the ‘Inevitable Mr Render’.

In Tank Action David Render tells his remarkable story, spanning every major episode of the last year of the Second World War in Western Europe, from the invasion of Normandy to the fall of Germany. Ultimately it is a story of survival, comradeship and the ability to stand up and be counted as a leader in combat.

About the Author
Stuart Tootal DSO

Stuart Tootal is a former army Colonel, a best-selling author and currently a global head in the corporate security sector. His exceptional military career has seen him serve in Northern Ireland and the Middle East.