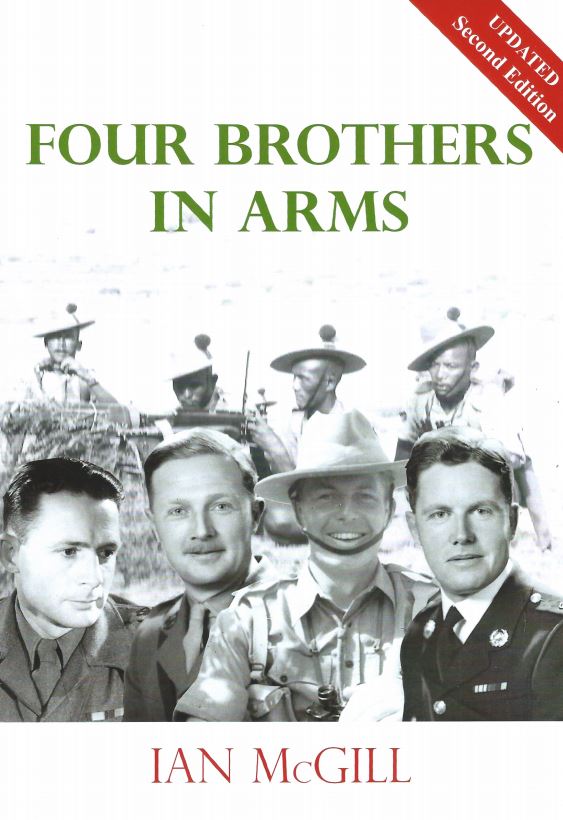 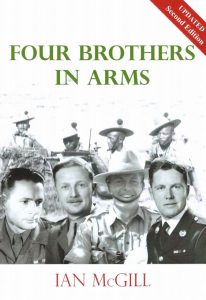 Four Brothers in Arms is a remarkable account of a single family and their service in the British Armed Forces, drawing on an unusual collection of letters and photographs. The book provides glimpses of four brothers’ experiences over a period of twenty years on the North West Frontier of India in the 1930s, throughout the Second World War, during the partition of India in 1947 and the Malayan Emergency in the 1950s as well as a rare insight into their mother’s precarious isolation during the war in Jersey under German occupation. Malcolm was killed while fighting the Japanese in Burma; Dick was seriously wounded in Italy while commanding his battalion where he was awarded a DSO; Jerry fought at Monte Cassino; Nigel joined the Royal Marines, retiring in 1968 as a Major General. The final chapter moves on to describe Dick’s life in Rhodesia, before that country became Zimbabwe. It is extraordinary that so many events and situations occurred within the same family who tackled all their challenges with the courage and tenacity so typical of their generation. The underlying thread throughout the book is the very close bond between them all during such turbulent years.