Skip to content
Home > Books > Into the Killing Zone 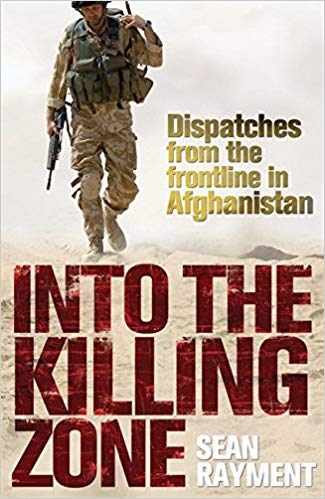 Leading commentator, Sean Rayment, has followed the conflict in Afghanistan from the first moment and tells the story of the rise and fall of the British effort in Afghanistan. The current conflict in Afghanistan is unlike any other war in the world. Since 2006 British soldiers have been living in impossible conditions, under the searing desert sun (on occasions reaching 50°C) and facing continual fire from elusive Taliban forces. With access to many members of the Parachute Regiment, the Royal Marines, and The Royal Anglian Regiment as well as the undercover operations of special forces, Sean Rayment recounts the lives and battles of the British forces at the centre of the most difficult conflict of our times.

Included here is the dramatic two-week siege of Sangin in August 2006, in which 120 members of the Parachute regiment stood against an unseen desert force: in the turmoil, under heavy fire, Corporal Bryan Budd of the Paras headed off a Taliban assault and was killed; he won a posthumous VC. During the most dangerous periods solders were forced to sleep standing at their battle positions. Sean Rayment’s dispatches from the campaign, also cover the battles of Musa Quala and Nawzad and form a compelling and gruelling account of whats really been happening in a war that is often conducted beyond the lenses of the media. He reveals a riveting portrait of courage and endurance amongst the ordinary men and women of the modern British Army.