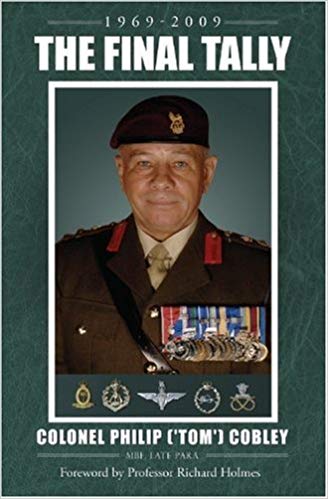 The story of a modern centurion: Tom Cobley's excellent and comprehensive account of his 40 years of service has much to tell the reader. His service took him from Australia and the Pacific Islands, to Britain and Northern Ireland, to the Balkans, Afghanistan and Iraq, and places in between.

In different regiments of two armies, often alongside men from other armies, he served on operations in many theatres. He tells of service life, the training, comradeship and preparation for operations, his insights show what it is really like. He tells of command and staff work on operations. And above all we learn of Tom Cobley, the centurion himself. – General Sir Rupert Smith KCB, DSO*, OBE, QGM (DSACEUR 1998-2001)

Although I have served with the Parachute Regiment for close to 40 years, I only got to know Colonel Tom Cobley later in his career. When he was in Afghanistan I was the UK Chief of Joint Operations (CJO), with operational responsibility for our forces there. Subsequently I saw him in Iraq, first as CJO and later as the Deputy Supreme Allied Commander Europe (DSACEUR), when visiting the NATO training mission. Finally, he worked in my EU strategic level Headquarters at Mons, whilst I had command of the EU operation in Bosnia.

It is my experience that you find the best soldiers wherever there is an operation, the same faces always turn up where the action is. Tom is no exception and his account of his fascinating and varied career is well worth reading. – General Sir John Reith KCB, CBE (DSACEUR 2004-2007)